Reminder: You Can win a copy of Crazy Aunt Purl's book here!
Prom contest pictures coming Friday!
So as I mentioned earlier, I got to interview Laurie as part of this whole Virtual Book Tour thingy. Which is cool, but hard. Because when you've been reading someone's blog for as long as I've been reading hers, there's all these weird issues that crop up.
Like, probably I should ask questions that pertain at least somewhat to the book, right?
And also, I should not come across as a scary stalker person and ask intricate details about a random blog post Laurie wrote like, four years ago. Even if I am curious. Instead, I need to ask broader questions that will appeal to a broader (read: less stalky) audience. I think.
* * * * * * * * * *
Well, so here is what I asked her and here is what she said (and that may have just been the absolute most boringest and useless thing to ever preface an interview in the history of the world, but oh well) -- in the form of 9 (why? no idea) randomish-but-not-too-stalkery questions:
1) My first question is both a selfish and a broad one (though I suspect I'm not the only one in this boat, so maybe it won't seem quite as selfish!): HOW did you go from having all this blog material to making it into a book? I don't mean about the actual getting published part, but about how you go from, "Okay, I have eleventeen million blog entries that span all sorts of material and ages and points of view," to whittling it down into a coherent "book." I'm both curious about your process and about what kind of advice you'd give someone like me. And was the second time around easier?
I don't really have a process, especially not since I quit smoking. I didn't realize that smoking was such an integral part of writing until I sat down to write book #2 with a stick of gum. Mostly I just procrastinate until I am three days from my deadline and then I write like I am on fire, it seems to work but it's pretty stressful. I probably need a new plan.
2) What are some of the most unexpected reactions you've gotten to your book(s) from readers?
You never know if you've written anything useful until someone reads it and says, "Yes! I get that! That happened to me, too!" I think the most unexpected reactions were from men, because who would have thought guys read ladybooks? Surprise!
3) What was the best part about writing this "sequel"?
The money.
(Ed note: That's sarcasm, folks. Aunt Purl is many things, but losing sleep over what she'll be naming her yacht is not one of them. Yet.)
4) How do you get over/around/under/through that stupid inner-critic? Honestly, I go back and read some of my old posts and cringe at the very sight of them. How do you get past your fears enough to complete a full manuscript?
Being a fairly bad reporter cured me of that. Back when people used to still read newspapers, reporters had to move up the food chain job by job. You started at a podunk daily and worked your way up to a bigger market, or from lifestyle to metro. None of my newspaper clips are that good, but no one cared -- the point was to show you were able to write about tomato blight or spring plumbing trends or whatever, and get better with each assignment. There was no time to go back in the past and re-read stuff. The only thing that mattered now was tomorrow's story.
If I sat around worrying about everything I've written I'd never write anything again. So I don't go back and re-read things I wrote even a week ago. I'm not hung up on being the best or the greatest. I just like to write. What's the worst that can happen? People hate it? People hate
Shakespeare, you know?
I think what I am trying to say is that we're all so afraid to do anything because someone might not like it, we might not be great at it, we might be panned at our attempts to achieve success. But even the greatest writers in human history had critics. As long as people are alive to breathe and do, there will be people critiquing what you breathe and do. It's not a reason to hold back.

5) What's the worst thing you've ever written?
The expose on tomato blight in Polk County. Scintillating.
6) What is one skill you don't have that you wish you did. (Like, hands-on skill. I wish I knew graphic/web design, for example.) And whatever it is, do you plan to tackle this thing in the future, or is it the kind of thing you'll just accept you don't do?
I wish I could sing. Everyone says, "Oh you can sing!" and then they hear me and say, "Oh, now I see what you mean." I have no intention of becoming a better singer. I think it's a good litmus test for friendships, especially when I sing in the car.
7) Speaking of skills, you seem to be a sometimes-very-talented cook. :) If you could learn to be amazing at cooking one thing, anything in the world, what would it be?
I think it would nice to know more about spices and seasonings. I tend to cook everything with some combination of garlic, salt and pepper and lemon juice. After a while, everything I make tastes the same.
8) I don't know why I care, but I do, and rather deeply: what is your favorite ice cream flavor, and what is your favorite kind of cake?
Chocolate ice cream. Rocky road. Or chocolate with chocolate-covered stuff mixed in. As for cake, my favorite is lemon.
9) If someone you didn't know came up to you at a cocktail party and said, "Oh! I hear you've just come out with a book. What is it about?" how would you (or DO you) answer?
I describe my books as "Biographical nonfiction." It shuts down the conversation pretty quickly! I'd rather talk about something else at a party. This is L.A., everyone has a book or a screenplay, listening to people talk about their writing is conversational Valium. It's more fun to talk about TV or traffic, which everyone feels passionate about.
* * * * * * * * * * *
And there you have it! I hope the questions satisfied some of your curiosities -- they certainly did mine. And best of all, I just love how Laurie is Laurie, in any context.
Email Post
Labels: blog to book Crazy Aunt Purl getting published virtual book tour 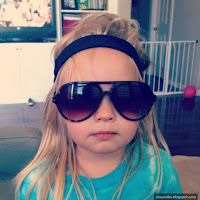